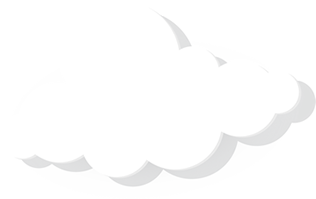 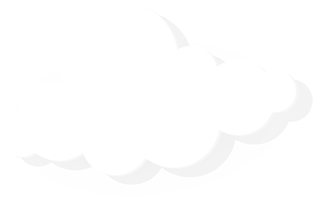 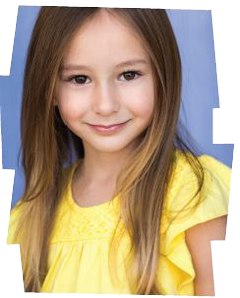 Lilli is a 6-year-old girl with a variety of diagnoses ranging from autism spectrum to hypotonia. Going through the process of improvement with a loved one can be challenging. There are days of regression, days when patients don't want to comply and then there will be a day when the clouds clear and a ray of improvement shines down on you and your family, so it was always important for Lilli's mom to be consistent and persistent.

I came here because every therapy needed was offered under the same roof&lquote stated Claudia Armas, Lilli's mother. &rquoteThe therapists, assistants and physicians take pride in working to help improve their patient's quality of life but also make sure that those seeking treatment are happy while under their care. When you are in a facility, you need to know there's good practice and that people are making your child happy. Lilli is always excited to see her therapists and as a parent this shows me that T4K has the right formula. 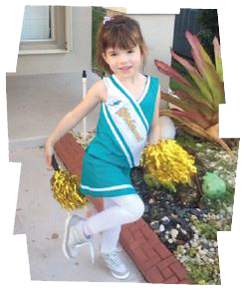 When the Millers first relocated to South Florida, their daughter Brigitte was having difficulties in school. She was unable to provide eye contact, lacked verbal expression and was unable to tolerate others in her space. That’s when they reached out to Therapies 4 Kids.

In just eight months, the changes in Brigitte were amazing. Her separation anxiety has improved, she was able to work for longer periods of time independently and the group sessions at T4K took Brigitte to a whole new level where she was able to overcome social obstacles,&rquote says Brigitte's mom, Stephanie. &lquoteTherapies 4 Kids ABA and Speech therapists worked to design a program to tailor Brigitte's needs. The staff provided a nurturing, non-judgmental environment where children are treated with dignity and respect. They engaged Brigitte in learning activities that held her attention. Above all, they didn't give up on her and took the time to build a meaningful relationship with her.

Tristan was born at 24 weeks weighing 1 lb 5 ounces. He was born early because of twin-twin transfusion. His identical twin Mason died at 10 days old. Tristan did great in the hospital and came home when he was 3 months old. We knew something was wrong when at a year old, he could not sit up yet. At 16 months old, Tristan was diagnosed with cerebral palsy. He is six years old now and doing great. He attends kindergarten and uses his walker to get around.
We went to Therapies 4 Kids in November of 2006, Summer 2007 and Summer 2008. Tristan also got the hyperbaric therapy 2 times a day along with the intensive therapy with Suittherapy. For the First visit, within 2 weeks, Tristan went from barely able to walk a block to walking 10 blocks. He went from being a low talker, to everyone hearing him talk. It was amazing! We know this therapy really works and we are really wanting to go back to Florida so that he can do this therapy again and again.

Denis is a sweet, good-natured little boy who lives in Bosnia-Herzegovina. He was born with a rare form of infant epilepsy which has left him severely impaired. At five years old, Denis cannot yet sit, walk or speak. Nevertheless, he is a happy child who laughs often, gives lots of kisses and loves to be around other children. Denis' favorite things to do are listen to music (and other funny sounds), swing in his hammock and be cuddled. He does more therapy each day than any child should have to but still manages to maintain his sunny disposition! Denis has been hospitalized many times and has taken many medications to try and control his seizures. For the last two years, he has been seizure-free on the ketogenic diet –something we are very grateful for. Unfortunately, there are very few therapeutic resources where Denis lives. He must travel outside the country for all his medical care and therapies. Mom and Dad learn everything they can and then try to pass on the knowledge to Denis' local therapists (who were mostly trained in sports therapy).
This ends up being quite expensive but is necessary if Denis is to have any hope of progress. Last year, Denis did intensive suit therapy for the first time at Therapies 4 Kids in LAUDERDALE BY THE SEA. AFTER ONLY 3 WEEKS, Everyone was excited about his progress. Denis gained improved head control and began to roll with minimum assistance. These were more accomplishments than Denis had made in his previous 4 years. This year, we are hoping to be able to take Denis to Therapies 4 Kids again. We would like to combine it with MONOPLACE HBOT to see if that will increase his progress. We would love to see Denis gain more head and trunk control so that he could sit by himself and be able to go out and do more things with our family.

Sarah is a beautiful 5 year old girl who has captured our hearts with her sweet spirit, She appeared to be a normal baby when she was approximately 1 year and 9 months old; her parents noticed that she was experiencing loss of movements. She was not able to take her first steps; she had a hard time standing up and the more she grew, the more movements she lost. After some testing, Sarah was diagnosed with a dysfunction in her central nervous system that causes dysequilibrium with normal movements and damage to her motor coordination. She is a bearer of ATAXIA, a genetic neurological dysfunction that leads to lesions on the cerebellum which causes Cerebro-cerebellar dysfunction and atrophy of the organs needed for movement.
She is currently in a wheelchair, uses a walker and is undergoing speech tests and physiotherapy. This disease does not perpetuate death directly, but changes a great deal of her quality of life. This, in turn, brings consequences to her and her family's welfare. During this year, Sarah went through much testing and they diagnosed her with atrophy occuring in her optical nerves. According to the doctors, it is a degenerative disease. We believe in an Almighty God who is the creator of everything and everybody. Sarah's parents, a couple who is very committed to God full of faith. They will never quit fighting for Sarah's life. Our church, as the body of Christ, is following Sarah's case very closely and supporting her family with prayers and financial help. There is a hospital in Oregon that specializes in studies of degenerative diseases such as Sarah's disease and is one the only hospitals that can effectively test her.
In July 2008 we found Therapies4kids. when everyone was telling us to rest and wait for a Miracle, Therapies4kids Team accepted her as a regular child and put her to work ( with monitored stress and fatigue levels). Not only did she get better physically but she felt very appreciated and hapyy to work with people who treated her like a regular child without a question. Today, april 6th, for the grace of God we are again at Therapies4kids in Lauderdale by the sea to start another Cycle of this amazing therapy. 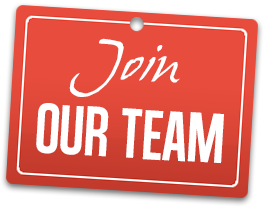 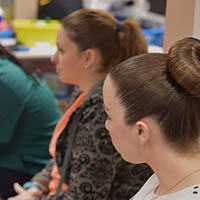 Want to become an RBT?

We can help,
from start to finish. 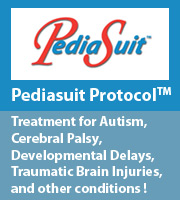 Pediasuit™ courses in the world 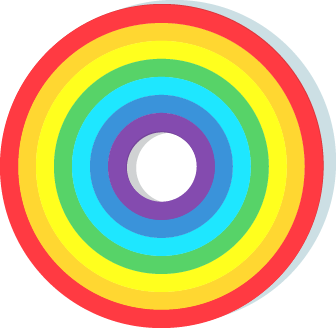 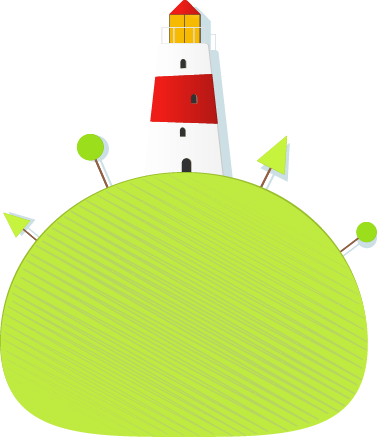